Did you know that Kalaripayattu, or ‘Kalari’, is considered the mother of all martial arts? Historians state that Kalari was developed between 200 BCE – 600 BCE in Kerala. According to mythological beliefs and ancient folklore, Parashurama, an avatar of Lord Vishnu is known to be the founder of Kalaripayattu. Besides historical facts show that sage Agasthya also known as Agasthya Muni devised the techniques of Kalaripayattu and embedded them as a part of our culture.

The crudest form of martial art is believed to have been developed at the beginning of ancient civilizations. As people started living in societies, they had to defend themselves from attacks of animals and even other tribal clans. To do so, they began carving weapons out of stones. This indicates that, during the lower palaeolithic age, some form of martial arts started developing. Cave paintings and excavations of that era point to the same conclusion.

During the 19th century, when India was under British rule, Kalari was banned for fear of a revolution. This resulted in the sudden decline of this martial art. Although it was banned, dedicated practitioners of Kalaripayattu never gave up. They found the time and space, without the Britishers’ knowledge, to continue practising it. As time passed, different caste systems in Kerala started adding their fine touches to this martial art form. This slowly paved the way for the treatments included in Kalari. Eventually, in the late 20th century, Kalaripayattu was revived and brought back as part of promoting traditional art forms in South India.

The essence behind Kalaripayattu

The word ‘Kalari’ means a ‘training space’, usually associated with the practice of Kalaripayattu. It is the oldest surviving martial art in India and was developed with inspiration from the power, strength, and fighting techniques of an animal; Lion, Tiger, Snake, Elephant, Peacock, and Wild Boar, to name a few.

The primary weapons used are swords, shields, sticks, daggers, spears, etc. Furthermore, it also contains rituals and philosophies adopted from Hinduism. Taught in accordance with the Indian ‘Guru -Shishya’ system, Kalaripayattu is being practiced throughout the globe today. The master is usually known as ‘Gurukkal’ or ‘Kuruppu’. It has survived because of been passed down through generations.

The ‘Malabar’ (Thrissur, Palakkad, Malappuram, Kozhikode, Wayanad, Kannur and Kasaragod) region of Kerala has the best training centers of Kalari in Kerala. This is the common belief as Kalaripayattu is being mentioned in the ‘’Vadakkan Pattukal’’, a collection of ballads written about the Chekavar of the Malabar region of Kerala.

Even though there isn’t a specific age to start learning Kalari, it is usually considered good to begin at least at the age of 7. There isn’t any upper limit for the age as it varies for everyone, depending upon their physical conditions.

Aromal Chekavar, Unniyarcha, and Thacholi Othenan are a few of the celebrated heroes and heroines of Kalaripayattu, in Kerala’s history. Padmashri Meenakshi Amma is one of the dedicated present practitioners of Kalaripayattu. She is also the oldest female (80 years) practitioner of Kalari.

Why I chose Kalaripayattu

I was only introduced to Kalari recently, at the age of 15. Movies and other inspiring videos related to this art form have always fascinated me and instilled a wish to learn it. Although it hasn’t been long since I started my training classes, Kalaripayattu has made a lot of difference in me and how I view the world, such as self-confidence to try out new things and speak up in public qualities that I developed through practicing Kalari. Besides, I have become more disciplined and tension-free since I started learning Kalaripayattu. Teenagers are often affected by mood swings, hypertension, and anxiety all caused by lifestyle diseases. Learning Kalari will help them overcome these weaknesses and become better human beings, both physically and mentally. 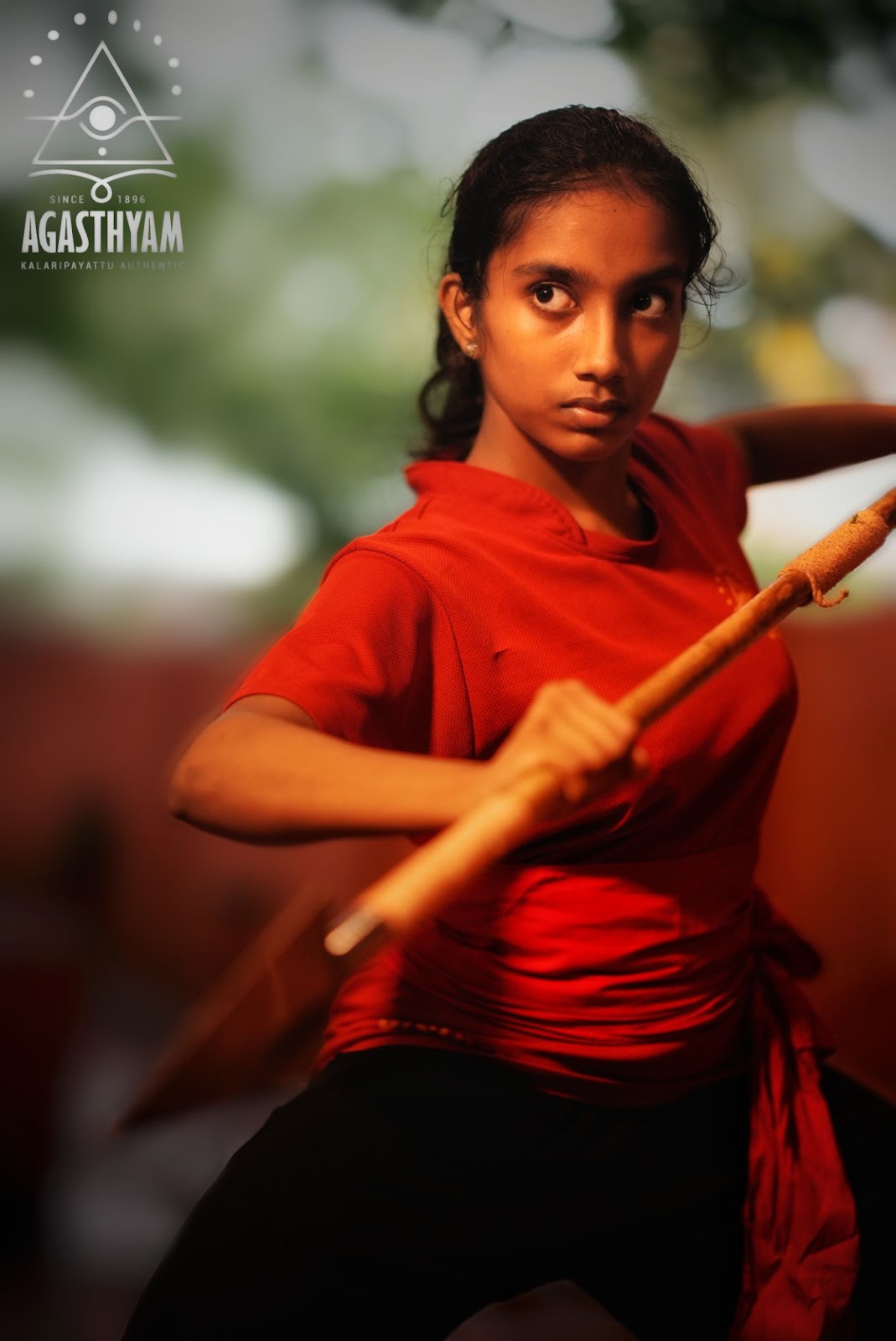 The primary aim of practicing Kalaripayattu is the ultimate coordination between one’s mind and body. Besides, it also gives importance to the specialization in indigenous medicinal practices including, ‘Ayurveda’, ‘Siddhachikitsa’ ‘Marmachikitsa’. Moreover, Kalari helps us gain flexibility, agility, stress relief and, strengthen the lungs. This indicates that it allows professionals like dancers to perform better, as flexibility is vital for them.

Physical fitness, self-confidence, strong willpower, and immunity are essential qualities an individual must possess in the 21st century. Kalaripayattu is sure to assist us in enhancing these qualities and bringing more balance in life.