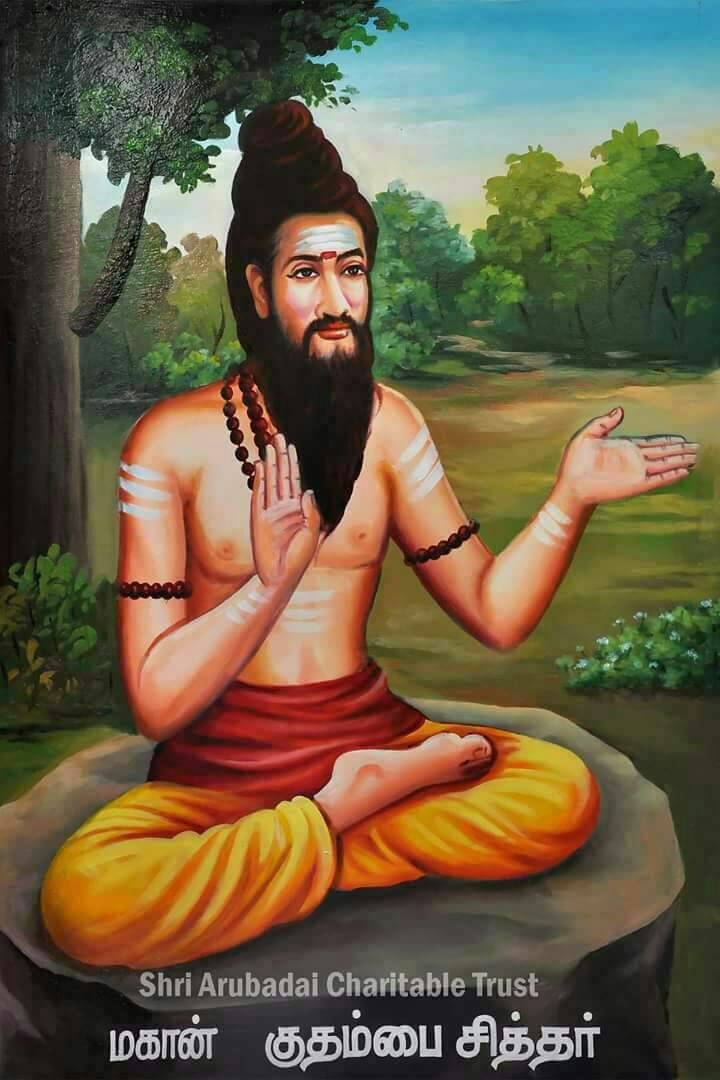 The divine light that fills this universe is also within you. Just as we cannot see nothingness or vacuum, we are unable to sense the Brahmam within us. It is because of our ignorance. These lines are by Koothambai Siddhar, who is prominent among the 18 Siddhars. The depth of the lyrics are as impressive as the beauty of their composition. Siddhar tradition is the continuous exploration of the separation and the unity of Parabrahmam and the body or Andam and pindam.

The pursuit to understand the Siddhar tradition is futile without a spiritual angle. Koothambai Sidhar songs are pearls of pure wisdom. The name Koothambai itself is different. Koothambai is an ornament that women wear on their ears. In those times, his mother made him wear them and called him lovingly after the ornament. At the age of 16, Koothambai began practicing Sivayoga. Some studies say that Koothambai was a yogini who awakened the wound-up Kundalini energy.

Koothambai infused profound meaning into each line of the memorable compositions made for Sidha medicine and yoga. The siddhar provided immense knowledge into Yama Niyama of Ashtangayoga, Kundalini energy, Parabrahma, etc. He left his signature in each of the melodiously composed and meticulously crafted songs. A thousand meanings in each line show that poetry is immortal like the whispers of the ornament into the ear.

The light that pervades all direction is also within you. Don’t you see this, Koothambai?

Body is only an instrument to get to know this light and attain enlightenment of Moksha. Look within. Find the light.

If spiritual quest becomes a daily habit, then Sivam or the ultimate truth will come to us.

Koothambai shows us the significance of habits, character, and behavior. Anger, Jealousy, Harsh conversations, negative thoughts, they are all against Dharma and nature’s laws. Live in harmony with nature, he urges.

Saiva Agama states that Anadi meaning without origin is the Sadasiva or eternal peace quality. There are five Shaktis in Sadasiva. Creation, Preservation, Destruction, Dissolution, and Blessing. In the eternal peace, all these strengths exist together.

Why should we continue to ignore the knowledge that siddhar tradition revealed for the world?! The number of uninformed critics increases. If we criticise after studying, it leads to more knowledge. As said in the beginning, we can study Siddhar’s only from the foundation of spirituality. The boy who was adorned with an ear ornament by a mother grieved by not having a daughter, continued being a seeker all his life. He never lost a moment in life without awareness till his ultimate maha sidha samadhi at Mayiladumthurai. But awareness has no death. The consciousness within us kindled by the Siddhar tradition continues to guide us through pathways of light.

Agasthya & his Presence in Literature