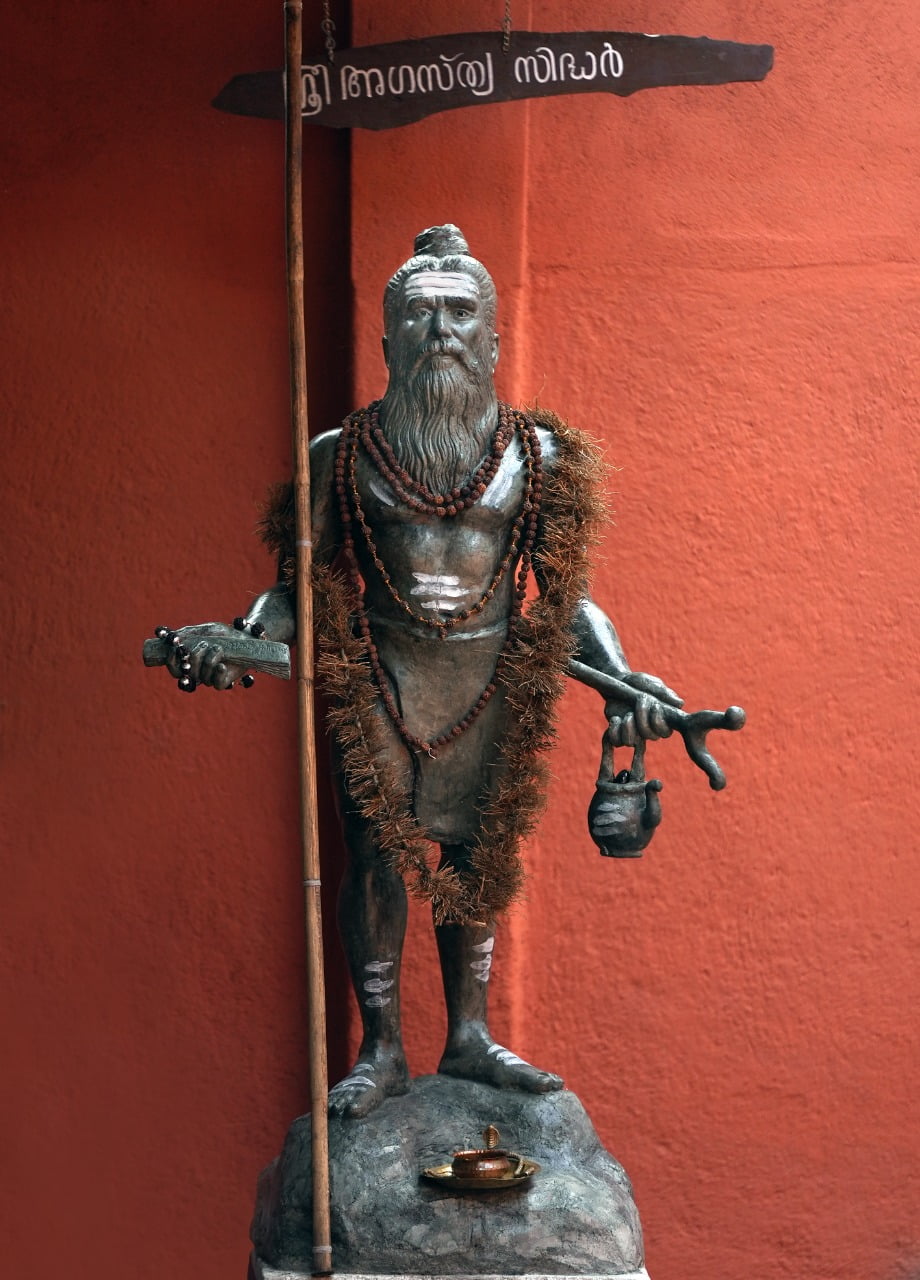 In all streams of ancient Indian wisdom, Agasthya appears. In the Vedas, including the oldest Rig Veda, the epics, the Upanishads, the Brahmanas, and Aranyakas refer to him. Agasthya shines as a bright beacon of wisdom beyond ages.

In the Puranas, we find Agasthya born as Pulasthya’s son. He also takes birth as Vashishtha’s twin, born to Mitra and Varuni. As he was born from a pot or kumbha, he has several names like Kumbha muni, Kumbha Sambhava, Kumbhaja, Kalassaja and Kumbhayoni. He is also titled Mana or Maanya. Several epic tales have come down to us about him.

When the 330 million gods attending Lord Shiva’s wedding upset the balance of the earth, Agasthya was tasked to move to the other edge to restore the balance. The entire divinity force on one side is balanced by the dwarf sage on the other.

In another story, we find Agasthya drinking up the entire ocean. Elsewhere, he tricks the ever-growing proud Vindhya mountain range to bend down and stay down.

Many superhuman achievements are attributed to the sage. From the original Tamil grammar work called Agatheeyam to the foundational texts of Kalaripayattu, Varma Kalai, Siddha Vaidya, Naadi Jyothisha, and Marma Sastra, Agasthya has left his indelible mark.

How has his name survived through the ages?

Surprisingly, the answers to that question kept revealing. Each pilgrimage reveals new insights.

How does Agasthya continue to influence 4000 years after Kaliyuga?

It was astonishing to realize that he is worshiped around the world. Agasthya is revered in southeast Asia, Indonesia, Japan, Cambodia, Laos, Thailand, Vietnam, Malaysia, and Singapore as a patron saint of the Shaiva belief system. The museums in these countries have ancient statues and idols of Agasthya in various appearances.

The name Agasthya is derived from the root “Aj” which means radiantly bright and shining. Agasthya is the pure light that cleanses thoughts. Agam means static or stationary like a mountain. Gam means moving. Agastya thus implies the one who can move mountains.

Maori tribes of New Zealand consider the Agasthya star to be an enlightened guru. They have named the star Ariki, Athuthahi, and Amothahi-tapu, all words similar to Agasthya. The Chinese worship three stars Phu, Lu, and Shuv representing Brahaspadi, Vashishtha, and Agasthya. Iranian word Gasthi means sin, therefore Agasthi is the remover of sin. Agasthyaparva written in Japanese is about Agasthya.